Warning: "continue" targeting switch is equivalent to "break". Did you mean to use "continue 2"? in D:\HostingSpaces\MalcolmSm1th\blog.ukhorseracing.co.uk\wwwroot\wp-includes\pomo\plural-forms.php on line 210
 Cheltenham Competition 2018 – UK Horse Racing 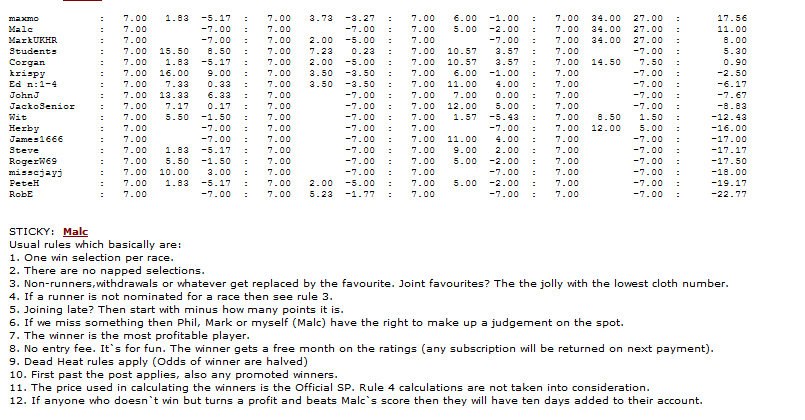 Congratulations to Maxmo for coming out on top and winning this year’s UKHR Cheltenham Competition.

I managed to claw second place which meant those below me making a profit, namely Mark, Students and Corgan, were unable to claim the runners-up prize. But well done to those three for making a profit to SP which is never easy.

Commiserations must be handed to Students who was so clear all of the way through but, strangely, failed to score on the final day.

Thanks again to all who took part and next month’s subscription payment will be returned to Maxmo. Congratulations!